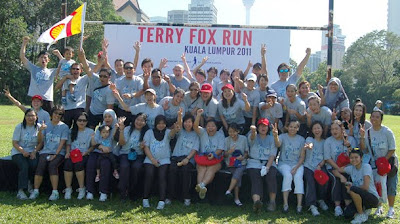 Since I found solace in running a few months ago, I have continued running whenever I could, enjoying the peace and quiet it gives me. And fortunately, Hubby has joined me in this newly found passion of mine. I have to say, I have created quite a monster with this one. Not only is he super gungho about running everyday after work, he even pushes himself harder to beat my total kilometers ran on my Nike+GPS iphone app (which tracks all my runs since I started in June) and has even resorted to counting calories! He declines dinner and makes me think twice about having dinner too, and in the end we'll both just settle for roti kapit telur - which I can barely even swallow after having that for one week straight. Sad I tell you. Extremely sad!
And did I tell you that he was super happy with my birthday present to him this year? Yes, I got him a heart rate monitor. Super romantic... not!!!
Back to the story. So after spending our nights running at the gym, I decided that we were ready for our first outdoor run. The Terry Fox run came at just the right time:

Right! We woke up that morning with such an adrenaline rush, had breakfast (roti kapit telur lah, what else!) and as we were driving to the flag off point, we saw many other people driving on that Sunday morning wearing the same t-shirt as we were. We were so pumped up! In fact, we even made mental notes for our future run, because on the way, Hubby noticed that he wasn't wearing his running glasses, we had forgotten a towel and we didn't have a bottle of water nor a spare change of t-shirt for after the run. All good lessons learnt for the next run! And to prove the point that this run is not a competitive run, when we made a short pit stop for fuel, I saw a family all donned up in the grey Terry Fox t-shirt but carrying a box full of Dunkin Donuts for breakfast. It was so ironic! 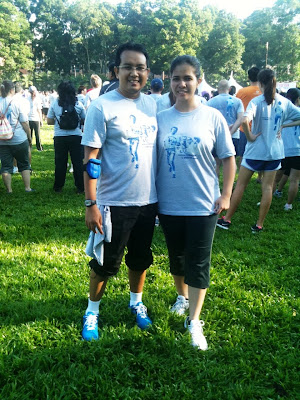 Terry Fox Run 2011 for cancer research. I ran for my Mum who passed away from lung cancer. Al-Fatihah :)

So who's Terry Fox you ask? Here's an excerpt from their FB page:

Terry Fox was diagnosed with osteogenic sarcoma (bone cancer) in his right leg in 1977 and had his leg amputated 15 cm (six inches) above the knee. While in hospital, Terry was so overcome by the suffering of other cancer patients that he decided to run across Canada to raise money for cancer research. He called his journey the Marathon of Hope. Terry's Marathon of Hope took place in 1980 with the simple objective of informing Canadians of the importance of finding a cure for cancer. With fierce determination, he ran an average of 42 kilometres (26 miles) every day for 143 days. Terry was forced to end his run on September 1, 1980 when the cancer spread to his lungs. 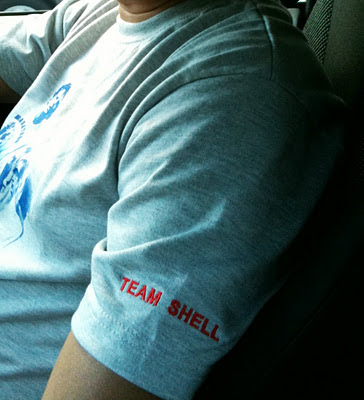 We ran as part of Team Shell. 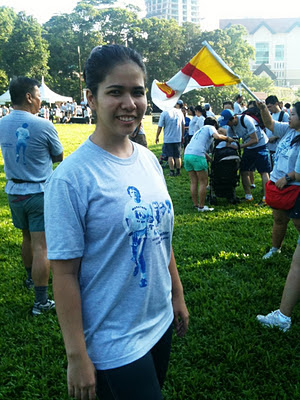 Can you see the Shell flag in the background?
Petronas had a really big turn-up, they even had a tent of their own to distribute the t-shirts! The organizers were still selling t-shirts before the run so we grabbed the chance to buy a similar t-shirt for Aiden in his size. Which hubby used as a towel during the race! They had a short warm up session - in which Maya and I agreed was really a warm up of the arms instead of the legs, and just a few minutes after 9am, we were flagged off. There were families running together, parents pushing children in strollers, kids in rollerblades, even a woman running with an LV handbag on her shoulder! Yes, I am not kidding you. Maya and I just looked in disbelief at the lady. Talk about taking a leisure run!

It took us quite a while to get out of the throng of walkers at the start of the run. I mean, I can't really ask this people to move faster right, since this is not a competitive run. But seriously, if you're planning to walk, I suggest you keep to your left. So the amount of time I took to navigate my way out really spoiled my pace. 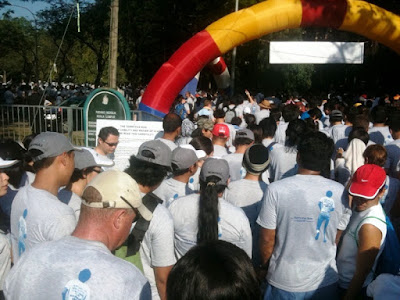 Check out the number of people at the start line. 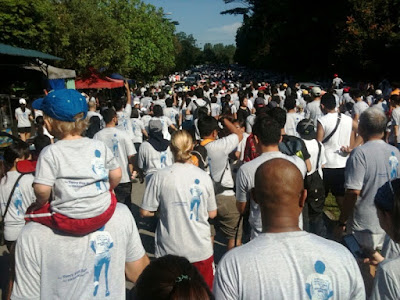 The small road out of Padang Merbok was simply just not suitable to handle the amount of people heading out. Maybe they should have flagged off the participants of the extended run first, then the family run? Just a thought!

Needless to say, I ran non-stop for the first 3kms and just after the split between the family route (3.6km) and the extended route (4.8km), the hills of Jalan Parlimen finally got me. They were a real killer! I ended up walking up the hill slowly (while tweens from the Alice Smith School were running past me left, right and center!) and then running down the hill to make up for lost time. So bad for my knees! But I finished the run 15minutes before a fellow colleague who had sworn earlier in the office that he was going to outrun me - so yeah, I'm happy! *grin* 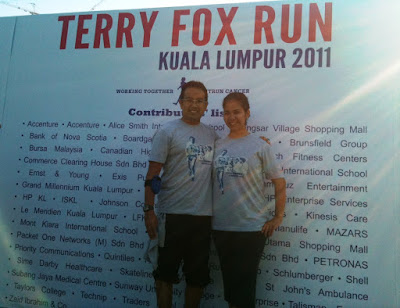 Hurrah for our first outdoor run together!

Hubby and I could not stop talking about our achievement in the car all the way home. It was nice, sharing something we both enjoyed together, and accomplishing it together. Back home, I was feeling dead tired but after a long hot shower, instead of crawling into bed, I made tiramisu instead. Why? Because I was hosting a small makan makan with a couple of neighbours of mine. 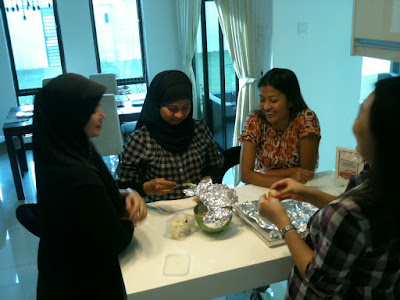 These girls are the closest girls I have to sisters in the community. Although not in the picture is one more neighbour plus myself, of course.

It was definitely a good makan makan. We had fun talking, eating, gossiping, laughing. One of the girls even brought over dough and cranberry with cream cheese and we had a mini cooking class, making cranberry cheese buns. 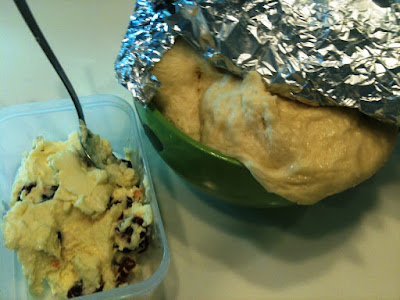 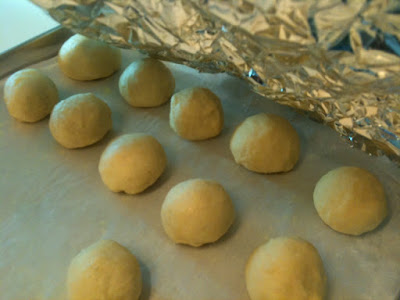 While we gossiped, we rolled buns. And these were probably one of the best buns I have ever had. Goodbye The Loaf, hello homemade hot buns!

Running, baking, good friends in Wisteria Lane - what more can a girl ask for? I am definitely blessed! *smile*

Posted by LizYahaya at 8:57 PM No comments: